I'd like to share some recent experiences in using fake chips and perhaps point out the obvious:

Especially in combination with other, not-so-cheap hardware. In my case, having no backup boards meant a sure stalling of my work for a few days until the newly ordered boards arrive, plus two fists of cash poured down the bin. 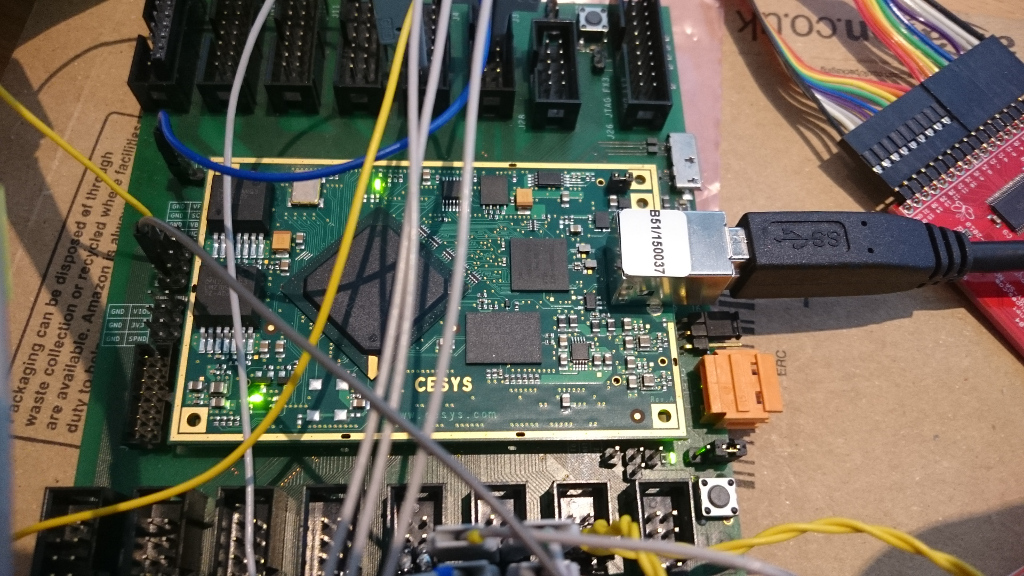 Spartan survived the battle with China with only two pin casualties

You might be wondering: what's his problem with using non-genuine clone chips, as long as they in fact do work? Well, I like them too, and I've used plenty of these in the past. However, as we shall see further, my problem is reliability and undocumented "features". Especially the nasty ones.

Background of the story:

I had to interface UART to a Spartan 6 LX150 chip, which I use for setting up some of the internals of my FPGA design, which then also sets the SPI module of my testchips. While constructing the digital system, I decided to use some of the USB-UART adapter boards out there on ebay, typically employing the notorious FT232 chip. So I bought a bunch of these (the price of $1 shipping included is very appealing), and because I know that there are some supereal fake FT232 chips out there being blackedout in software by the original FTDI driver, I bought a handful of different types from various vendors. 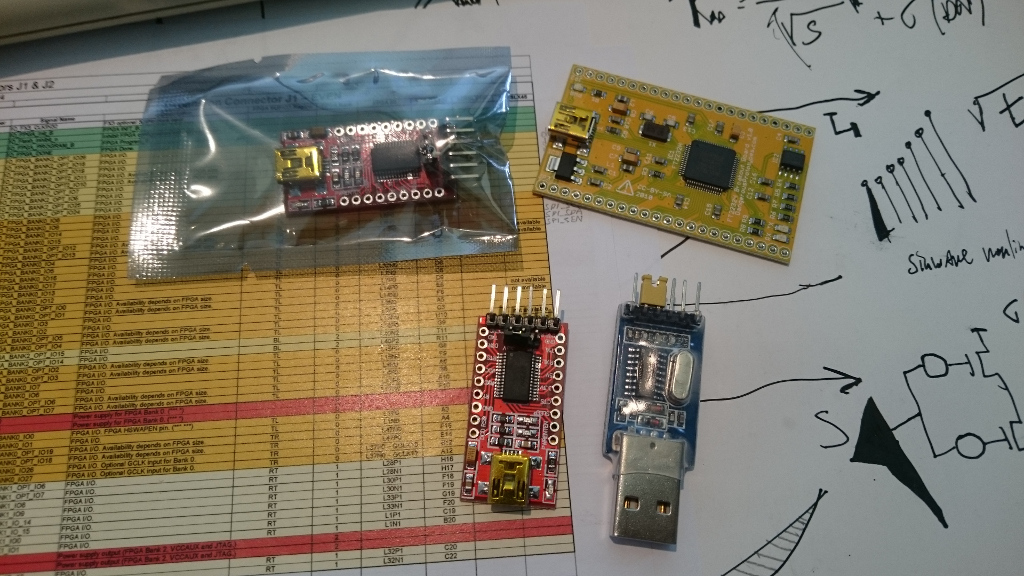 After the parcels arrived, I discovered the CH340G chip, which is manufactured by the Big semiconductor player "Nanjing QinHeng Electronics Co.,Ltd.", offering a cheap alternative to the FT232. So I decided to pick and use that chip instead. The rest of the boards definitely used fake FT232s, which made me take the decision to use at least a genuine part from a Chinese vendor: it works, right?

And it did! I had been developing my system with this IC for about a month. Well, not for long: in a few cases, I would end up discovering that at certain conditions, the CH340G enters in some kind of latch-up state, and heats up to an unbearable temperature of over 80 deg C. It turns out that while doing this, its on-board 5 V to 3.3 V LDO fails as well (?), feeding out the deadly 5V out to my costly Spartan FPGA. Crabs! Crabs! Crabs! So I ended up popping two pins (PMOS of the LVCMOS33 driver popped, stuck to weak high, NMOS pulling down just about a few tens of milivolts) out of BANK 2. Here: 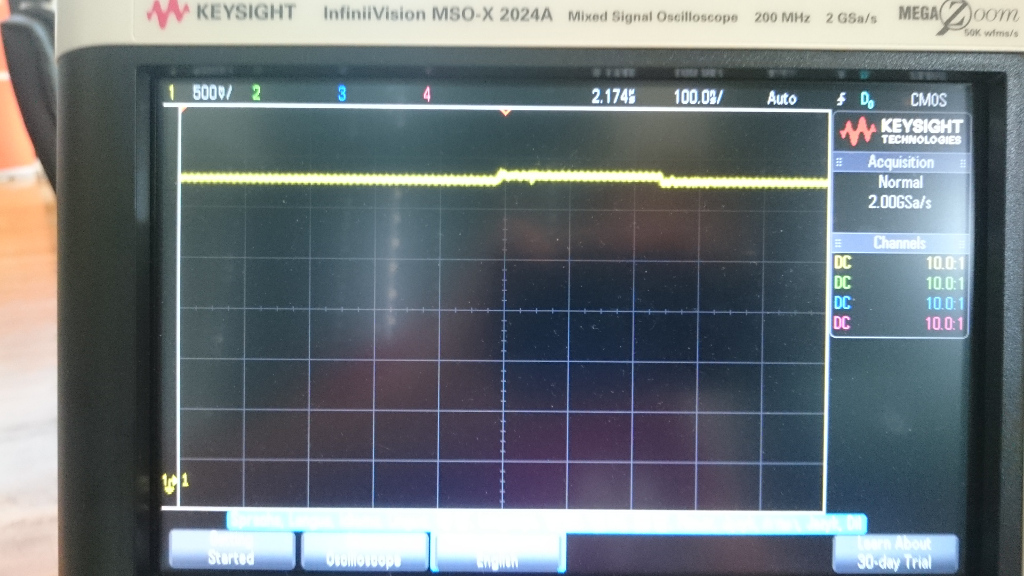 NFET pulling dowm, but the PFET has popped...

Very little is known about what's there inside the chip that manages the output voltages, although I wouldn't be extremely surprised if these guys have put just a huge resistive divider, ensuring a warm winter for all the Swedish, Norwegian and Finnish population. I really hope Zeptobars or JohnDMcMaster at siliconpr0n open the lid of that sucker one day. Reversing the board yields a wiring scheme which suggests that there is some kind of regulation. 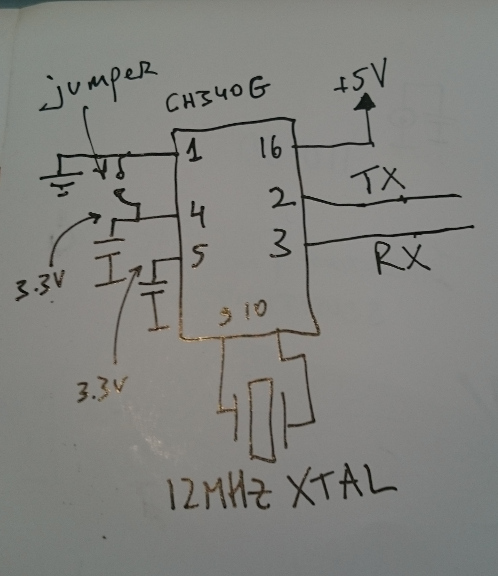 Note the jumper bridging the 3V3 LDO output (low bandwidth LDO with external cap) with the 5V supply. For those who can read Chinese, here's its rich datasheet.

Oddly enough, if you turn off the power of the CH340G, let it cool down and turn it on again, the chip preserves its normal operation... until next time. I figured out it goes into latchup even when its power supply spikes and/or is unclean. Also perhaps a simple ground bounce glitch might have triggered it while connecting up the Tx/Rx lines to my board while being powered. And this is definitely not just an odd defective chip, I can reproduce the problem in all of the CH340G dongles I have here. Perhaps a design problem? Or in the best case a defective wafer lot which slipped in?

Finally, although it's normal that sh@t happens sometimes, next time please double check the vendors and quality of the parts you use... also, when buying an adapter, try finding one with opto-isolation.

And here's my final word - Crabs! 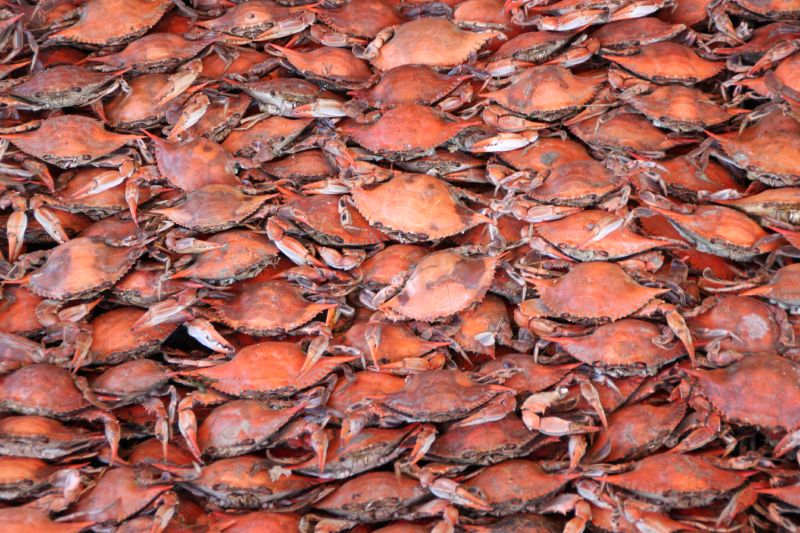 Saleh
12 Apr 2017, 01:15
Thanks for your information.
I read it and know your feeling after this experience.